The Advantage of Hybrid Emulsion Secondary Backing on Artificial Turf 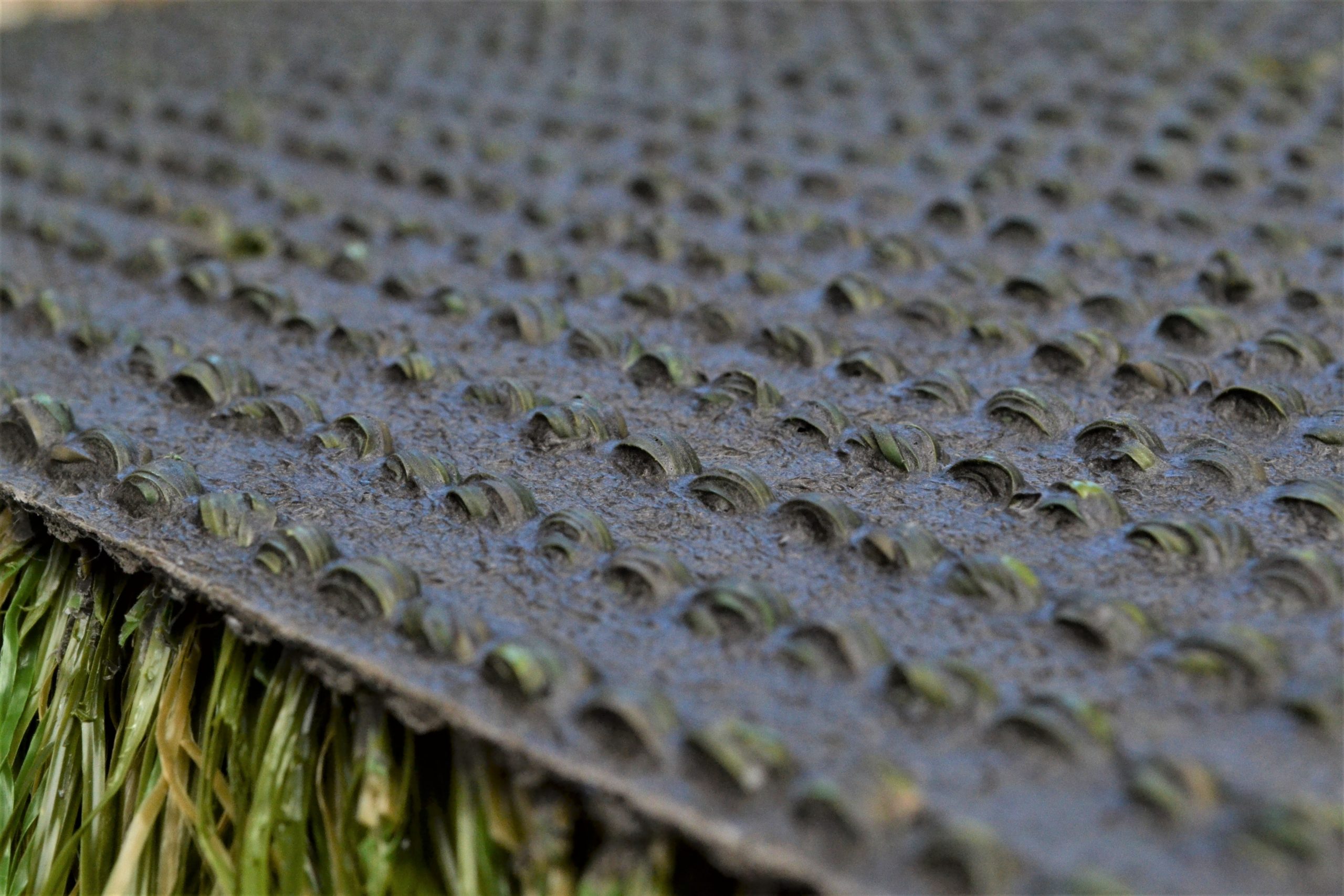 When you make an investment in artificial turf, you’ll probably consider it as you would many other purchases. You’ll measure cost against probable lifetime and the benefits you’ll receive during that lifetime. In this equation, quality plays a big part in deciding upon value-for-money: the higher the quality the longer your new artificial turf will last. Here we look at one of the latest technological advances in artificial turf production: hybrid emulsion secondary backing.

Why the Backing of Artificial Turf is Important

The backing of artificial turf is what gives it its strength. The primary backing (sometimes called the tuft canvas) is the backing into which the turf fibres are secured, while the secondary backing ensures the Tuftlock.

The hybrid emulsion secondary backing was discovered after extensive research and development in the field of acrylic and polyurethane coatings. It holds the tufts in place far more strongly than SBR latex, and has been tested to a tuft lock value of more than 40 – that’s almost twice as strong as SBR latex equivalents.

It is also far more resistant to water, with less than a third of the weight loss suffered by its SBR latex competitors. This means it is less prone to dimensional instability: it resists tension and suffers less shrinkage in bad weather conditions. The end result of this is that hybrid emulsion secondary backing doesn’t deteriorate over time, producing a far longer lasting synthetic turf surface.

All our customers benefit from the advantages of hybrid emulsion secondary backing, because all our artificial turfs are fortified with it. Many companies supply their customers with artificial turf using conventional and outdated latex systems. Titan turf customers enjoy lawns that look good longer, backed by the unique 10+5 year guarantee.

Sorry, the comment form is closed at this time.